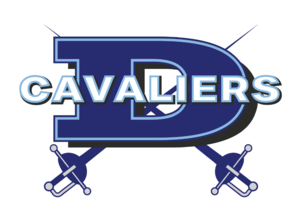 Dorman High School is excited to welcome Dustin Curtis as the school’s new head football coach.  Coach Curtis comes to us from A.C. Flora in Columbia, where he spent the last three seasons and had a 28-4 overall record, including a Class AAAA State Championship during the 2020 season.

Coach Curtis began his head coaching career in 2016 at Westwood High School in Blythewood.  His teams showed steady improvement during his tenure at Westwood. After going 2-8 in his first season, the Red Hawks went 6-6 in 2017 and 7-5 in 2018.  They reached the second round of the playoffs those last two years.

DHS Principal Bryant Roberson says “Coach Curtis’ passion and enthusiasm for the game of football is contagious. He will bring the experience and the excitement to the program that will motivate our student-athletes to meet and exceed their potential. We are extremely fortunate to add Coach Curtis to the Dorman family and are all looking forward to a great future for Cavalier football!”

The Dorman High School Athletic Department welcomes Tia McFadden as the new head varsity competitive cheer coach for the Cavaliers. Coach McFadden has been involved in competitive cheer throughout her life and brings great enthusiasm, passion and expertise into her new role at Dorman.

Coach McFadden was a competitive cheerleader at West Florence High School and went on to cheer competitively at Lander University where she graduated with an Early Childhood Education degree.  She began the competitive cheer program at Clinton High School in 2020 and built a team that was able to qualify for the state championship competition this past fall.

Dorman Athletic Director Jon Stoehr says “Coach McFadden's energy and enthusiasm for the sport and for working with young athletes is evident the minute you meet her. We are excited to have her in District Six as we strive to compete with the very best programs in the state.” Mary Kaitlyn Flynn has taken over the Dorman High School Girls Tennis Team as the new head varsity girls tennis coach. Coach Flynn is no stranger to the Dorman program as she has served as the head JV coach for the past three years.

Coach Flynn is well known in the Spartanburg County tennis scene as she played six years of tennis at Byrnes High School.  She was a two time All Region player and a two time team Most Valuable Player winner for the Rebels.  After graduating from Byrnes in 2014, Coach Flynn went on to play collegiate tennis at Converse College in Spartanburg.  Coach Flynn has seven years of previous tennis coaching experience.

Dorman High School Athletic Director Jon Stoehr says that he is "excited by the energy, enthusiasm and knowledge that Coach Flynn has for coaching high school tennis.  I believe that she will work to strengthen our youth tennis and feeder programs in District Six to eventually help the Dorman program become one of the best in South Carolina."

The Dorman High School Athletic Department is proud to announce Ashlen Dorn as the new head girls varsity basketball coach. Coach Dorn is no stranger to the Dorman community, as she was a four year varsity player for the Cavaliers from 2006 to 2009.  During her playing years at Dorman, her teams won one state championship and finished as state runner up three times.

After leaving Dorman, Dorn played two years of college basketball at Appalachian State University and two years at UT Chattanooga. Following her collegiate career, Dorn joined the coaching staff at Converse College as a graduate assistant and reserve team head coach. Dorn obtained her master’s degree at Converse and in 2018, she accepted the head girls basketball coaching position at Seneca High School. Her Seneca teams won the Region 1-AAA Championship during her first two seasons and she was named the region's Coach of the Year both years.

Dorman High School Athletic Director Jon Stoehr says that Ashlen "is passionate about Dorman girls basketball and wants to build on the proud tradition of the program.  We are ecstatic to welcome Ashlen back home and we're looking forward to seeing her team play next winter." The Dorman High School Athletic Department is excited to welcome Cassandra McKenzie as the new head girls track and field coach for the Cavaliers. This past season was Coach McKenzie's first at Dorman as an assistant coach and she played an important role in the girls claiming both the Spartanburg County championship and the Region 2-5A Championship.  Along with qualifying 19 athletes to the SCHSL 5A State Track Meet.

Prior to coming to Dorman, Coach McKenzie spent the previous 12 seasons as the girls head track and field coach at Desert Vista High School in Phoenix, AZ.  In 2014, she was named the Girls Track and Field Coach of the Year in Arizona. Coach McKenzie also carries a wealth of experience with USA Track & Field.  She has served as an event manager or head manager with USATF for seven different international competitions including most recently at the 2022 World Indoor Championships in Belgrade, Serbia.

Dorman High School Athletic Director Jon Stoehr says that Coach McKenzie " has shown a remarkable ability to work with everyone from beginners at the youth level to some of the best athletes in the world.  We saw tremendous growth with our program this past season and Coach McKenzie played a big role in that."

Emilee Singleton will be joining the Dorman High School Athletic Department as the new head girls varsity lacrosse coach. Coach Singleton is joining the Cavaliers with extensive lacrosse experience, both as a coach and a player.

Singleton’s playing career began in Jacksonville, FL with Bartram Trail High School and the Lax Maniax Club Team.  Following her high school career, she was a member of the Converse College lacrosse team from 2009 to 2011. As a coach, Coach Singleton returned to Bartram Trail High School where she served as the JV head coach and varsity assistant coach.  She then moved to Hendersonville, TN and worked with the Hendersonville Lacrosse Club as a varsity assistant coach.  Most recently, she was an elementary and middle school coach with Mason School District Lacrosse in Mason, OH.

Dorman High School Athletic Director Jon Stoehr says that Coach Singleton "brings a hunger and desire to grow the girls lacrosse program at Dorman High School.  Her passion and knowledge were clearly evident throughout the interview process.  She has a clear vision for building from the ground-up that will provide us with sustained success."